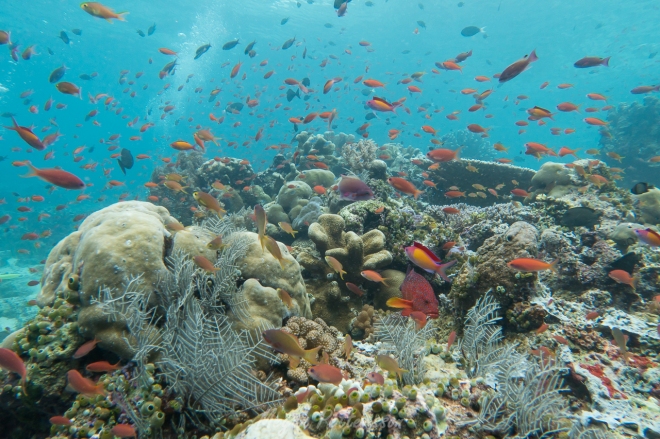 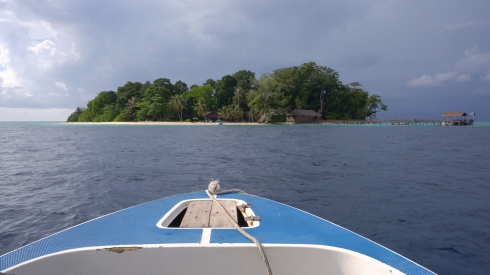 There are only 120 people allowed to dive around Sipadan Island each day to try and preserve the area and protect the abundant marine life. The army has a base on Sipadan and visitors are only allowed on a very small area of the island. It is such a popular dive area that if it was a ‘free for all’, this would eventually take its tole on the environment and you would probably only see divers.

Did Sipadan live up to it’s reputation? Yep. For me it certainly did. Each dive disappeared in a heartbeat as my senses were overloaded with the diversity and sheer number of each species living there. It was bright and sunny the first day which brought out the vibrant colours of the corals and fish, as well as some of the bluest water I have seen. 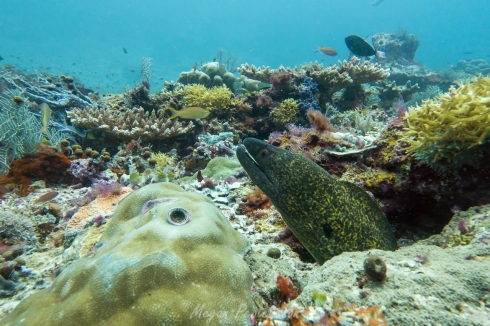 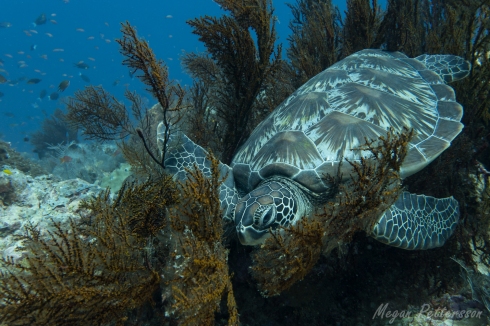 I saw more turtles and sharks than I have ever seen in all my 450ish dives. I laughed as turtles crash-landed into rocks and hydroids. The schools of jacks were so dense it was impossible to see through them. Giant trevally tried to hide among the jacks. Brightly coloured damselfish, antheas and anemone fish hovered just above the corals creating scenes just like the photos I’ve seen. Steep cliffs lined with seafans and soft corals dropped away into a dark abyss.

Hundreds of bumphead parrotfish stormed along the shallow reef, occasionally crashing into the rocks with their powerful beaks to feed and raining a storm of poo down on anyone unlucky enough to be underneath them. They made me think of the ‘bull in a china shop’ analogy with their rampage across the reef. The enormous fish didn’t worry about anyone in their path as this short video shows… Just to prove that bumpheads are not always rampaging maniacs, on the last day, the parrotfish were hovering calmly among the rocks while small cleaner fish ate away parasites from their bodies.

We had been on the lookout for barracuda each day. Apparently you can see hundreds of them circling in tight tornado formations sometimes. It was finally on the last day a small school appeared. Even our guides Ayden and Remy were super excited. Finally! 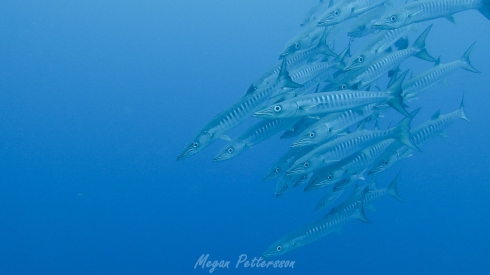 I have to hand it to our dive guides at Billabong – Remy, Otto, Ayden, Rasid, Tasil and Hussein. They were all fantastic. They knew where to find all the cool stuff. They were relaxed and competent. They were funny and welcoming. By the end of our trip, we felt like part of the dive family and it was sad to say goodbye to them. 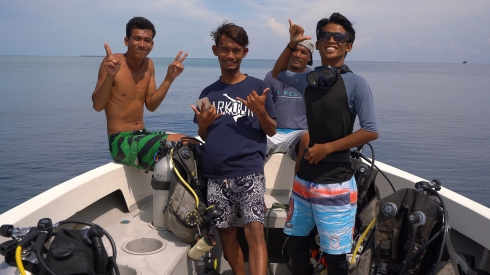 I hope to get back to Mabul and Sipadan again one day. But for now, I have a load of footage and photos to keep working my way through. I’m aiming to post a few more videos on youtube and pics on instagram so click on over and have a look at the latest…